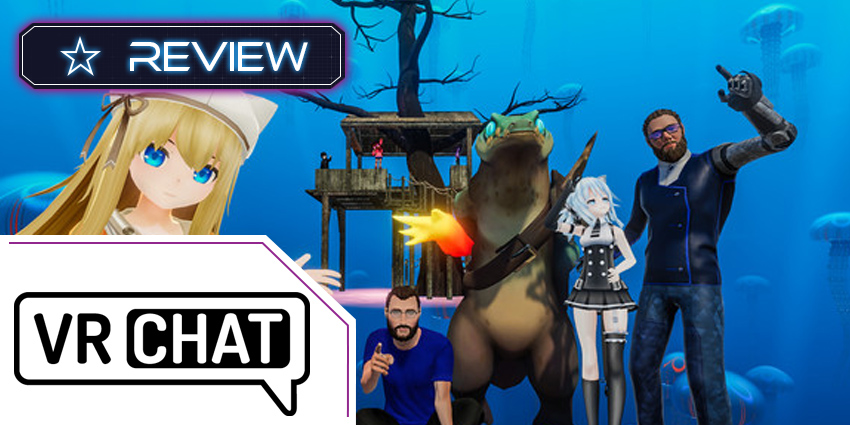 VR Chat is among the most popular social VR platforms in the world, with a library of 25,000+ chat spaces and growing. It was founded in 2014, as a multi-player online VR platform where users could interact with each other., experience different destinations, and acquire assets in 3D. It was originally released as a Windows application, compatible with Oculus, but has grown to support HTC Vive, Windows MR, and valve Index. The platform is so popular that in March of 2021, Gucci launched a virtual sneaker that you could wear only on a VR platform like VRChat.

Last year, the company crossed a major threshold in terms of user numbers. In 2019, VRChat had around 7600-8000 users, which reached 15,500 spurred by the pandemic. It now has more than 24,000 concurrent users, which is significantly high for an immersive environment. These numbers suggest that VRChat could possibly be the most active VR application on Steam right now.

So, what are the features that have led to the platform’s success? Let’s find out.

What Are the Key Features of VRChat?

In its essence, VRChat is a content delivery platform that constantly pushes immersive social content to users around the world. It is known for being extremely user-friendly, despite being free to play. Notably, it has picked up over $15 million in funding over the years. This has enabled the following features:

Unlike most other VR gaming-based applications out there, VRChat doesn’t just render your selfie in a photorealistic-“ish” 3D format. Instead, it has a full-fledged 3D editor inside the platform complete with advanced motion capture technology. This means that you can customise your avatar to look however you want, which is a feature we have come to expect from more flagship paid platforms.

A community of players

VRChat has a large community, with over 180,000 members on Discord alone. The community schedules regular events, tutorials, and networking meetups, with a detailed schedule that you can find here. Essentially, community events that you would expect to find in a physical format are recreated in VR.

Sounds inside VRChat are recreated as you would expect in the real world, complete with echoes and resonance to help you gauge spatial distance. This further enhances the platform’s group interaction capabilities.

VRChat includes a lot of in-app mini-games, which is possibly the platform’s biggest attraction. However, gaming is just the beginning – VRChat also offers spaces where you can meet new people, make friends, and chat with each other. These spaces are equipped with drawing, sculpting, and even video watching capabilities so that you can engage in group activities.

What Are the Benefits of Using VRChat?

A massive benefit of the VRChat platform is that it is completely free for use. There aren’t too many in-app purchases, despite providing you with powerful features, integrations, and excellent support through its community.

Is There a Paid Version?

If you are interested in supporting the platform and in its development, you can always spring for the new Plus membership for $10/month, which includes a supporter badge.